In April, a number of campaigns were carried out to plant seedlings and conduct clean-up events by employees of the Karakol, Bishkek branches and the Head Office

On April 14, employees of Karakol branch of our bank joined a flash mob that was held in the framework of the environmental forum “Too Tokoi” and held a clean-up event with a major planting of trees.

Along one of the central streets of Karakol – Koenkozova Street, the length of which is 2 km, – 200 small fir trees and 1,000 saplings of karagach were planted. Our Karakol branch purchased and landed 30 trees for the greening of the street.

The initiative to green the central street, turning it into a Walkway of Banks, belongs to the financial and lending institutions of the Issyk-Kul region, in connection with which the National Bank of the Kyrgyz Republic and the mayor’s office expressed their gratitude to our Bank.

While our colleagues from Karakol branch of “Bai-Tushum” bank planted young firs along the central street of the city, more than 50 employees of the head office, Bishkek, Karabalta, Belovodsk and Sokuluk offices of our bank conducted a clean-up event in the First Children’s Hospice.

We unitedly cleared the territory of last year’s leaves, sowed lawn grass on the playground, planted decorative bushes, rose bushes and bright spring-summer flowers, restored and repaired benches. In a word, sorted out the mess.

It was a very kind and sunny weekend.

It is nice that so many people responded to the proposal for the clean-up event ❤
Thank you, colleagues! You are the best!!! ❤ 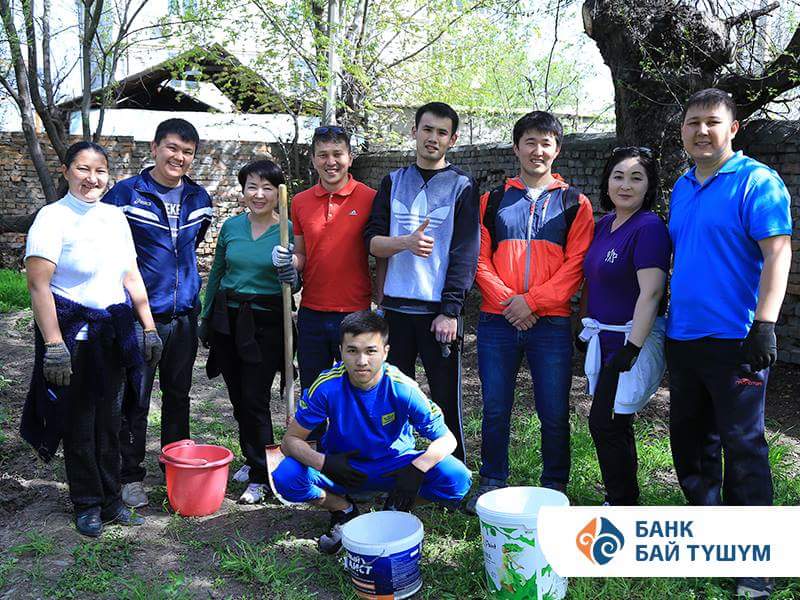 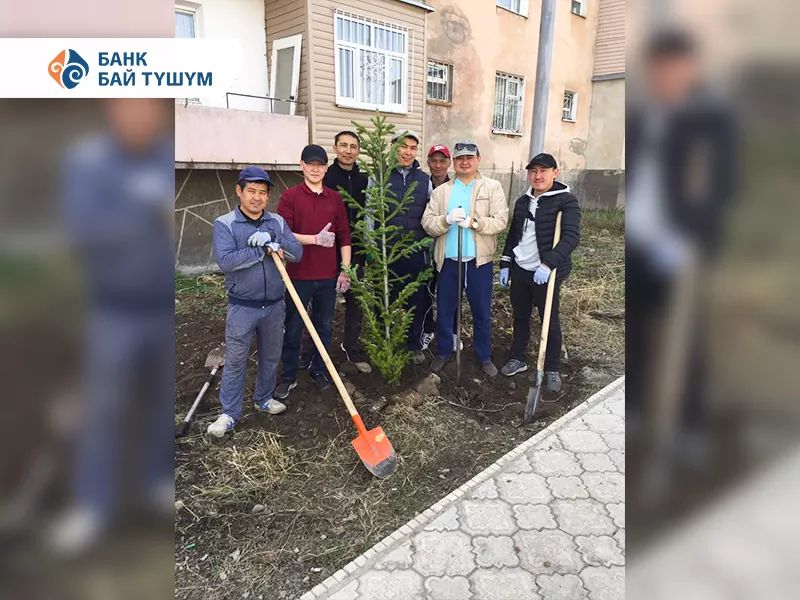