In celebration of the 25th anniversary of the national currency and Bank employee’s Day, our colleagues from Jalal-Abad and Karakol branches were awarded with certificates of honor, letters of gratitude and memorable gifts 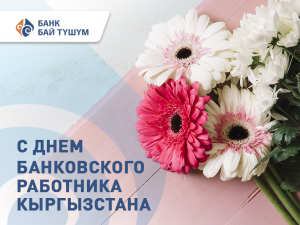 At a solemn event in Jalal-Abad at the Barpy Theater, the manager of the Jalal-Abad branch of Bai-Tushum bank Victoria Nikolaevna Buravkina received a letter of gratitude from the National Bank of the KR for her contribution to the development of the financial sector of the region

The City administration of Jalal-Abad recognized our bank with a letter of gratitude for the substantial contribution to the social and economic development of the city.

The head of the Kerben cash outlet Ruslan Amankulovich Jorobayev received a certificate of honor from the akim of Aksy region for his contribution to the social and economic development of the region.

And at the solemn meeting in “Karagat” hotel held by the Issyk-Kul regional department of the NBKR in celebration of the 25th anniversary of the national currency, Karakol city administration congratulated the staff of the Karakol branch of “Bai-Tushum” bank and presented a letter of gratitude for active participation in organizing and holding the voluntary clean-up event, which was held on April 14 for urban beautification, and cultural and sports events organized in Karakol in 2017 and 2018.

In addition, the manager of the Karakol branch Nurbek Satybaldiyevich Saparbayev was awarded with the certificate of honor of the Karakol city administration for his contribution to the development of the region’s economy.

We congratulate our colleagues with awards! We wish them to rise in eminence in profession! 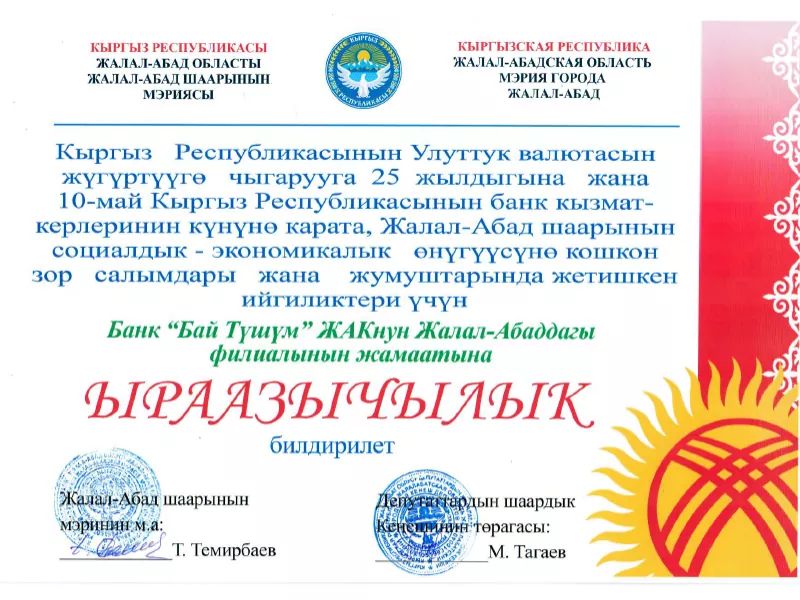