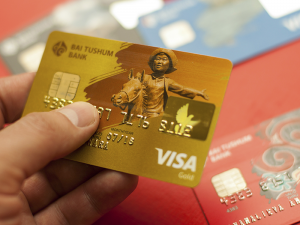 As we approach the XXIII Olympic and Paralympic Winter Games, which will be held from 9 to 25 February 2018 in PyeongChang, Republic of Korea, we remind you that security measures should be taken into account in order to avoid unauthorized charges and other fraudulent activities with your VISA cards.

Bai-Tushum Bank CJSC strongly recommends that you follow the following security measures when using cards during your stay at the Games: