In honor of the 25th anniversary of the Kyrgyz som and the coming Day of the bank employee, the Naryn Department of the National Bank of the KR organized an extraordinary mini-football tournament.

The team of the Naryn branch of our bank took part in it with pleasure and … became the winner! ?

We would like to distinguish Anvarbekov Kalys, who became the best player of the tournament.

This is how Naryn branch of “Bai-Tushum” for the first time became the champion of the inter-bank regional tournament. We hope that this is only the beginning of football victories! ⚽ 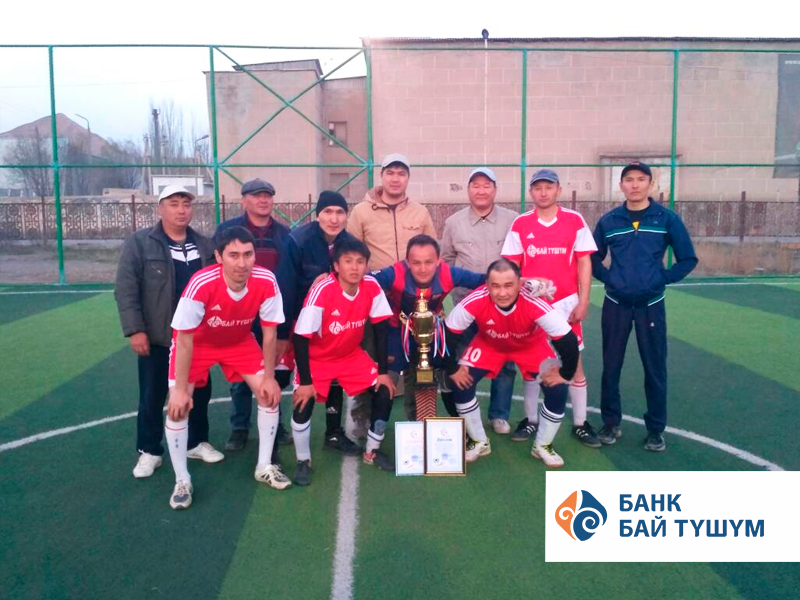