On December 29, 2016 at 14-00 the winners of the exclusive deposit campaign were awarded with prizes at the Bank’s head office.

We remind that the exclusive campaign of Bai-Tushum Bank was held from March 15 to December 15, 2016.  More than 380 people took part in it. The main prizes – apartment, car and trip to Dubai for two- were won by the campaign participants who gathered the maximum number of points in connection with the accumulated deposit amount and other banking services:

More than 65% of campaign participants, who accumulated KGS 50,000 and more on deposit, received guaranteed presents– home appliance certificates for KGS 1,500 to KGS 4,000.

During the year, the results of 3 interim campaign stages were summed up and 18 Bank’s clients won TV sets, smartphones, laptops, 2 trips to Issyk-Kul Aurora resort for two and one trip to Thailand for two. 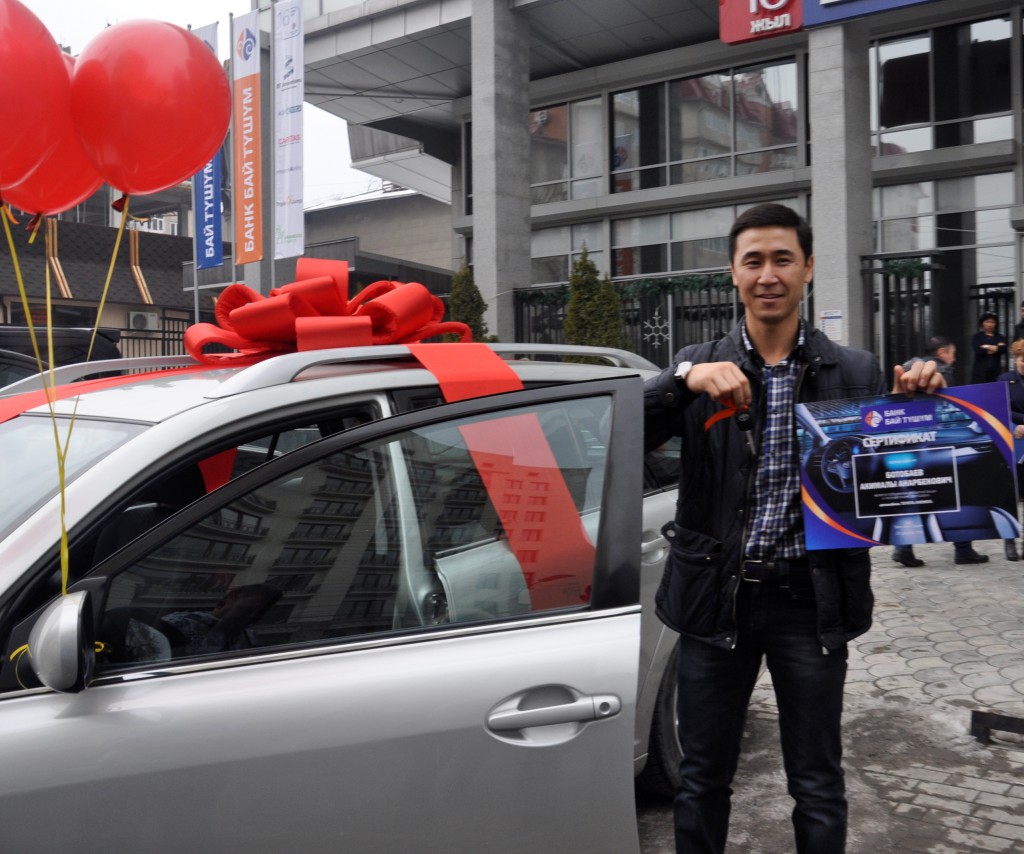