Kabar news agency: Wallet on the phone. Is Kyrgyz market ready for the future?

Electronic technologies and innovations are capturing the everyday life of people more and more. And if earlier most of them could be regarded as a pleasant trifle, now this sector is everywhere. Since recently, a visa to Kyrgyzstan can be made via the Internet and this is a great step in the field of tourism, the country’s potential is gradually beginning to unfold. But this should not end there. There are many more technologies that are actively used in the world, but have not yet reached our country. Literally 15 years ago, not everyone knew about e-mail. “How is it – sending a letter instantly and for free”, people were surprised. Now it is simply impossible to imagine life without the Internet. The Internet from the Internet clubs has moved into the pockets, everyone uses social networks and views pages with the help of telephone. But this does not end the potential of the phone as an assistant. In addition, everyone is already familiar with the functions of phones and auxiliary gadgets, which have learned to monitor a person’s health, pave the way and even talk with the owner of the device. Now the phone can become a full-fledged wallet, thus, carrying cash and bank card all the time is becoming no longer necessary. 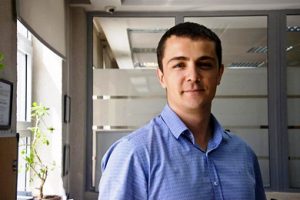 The system of mobile payments appeared on the market quite a long time ago, but modern technologies differ significantly from what was 10-15 years ago. In the past, to make a payment, it was necessary to send an SMS message or call, and then the required amount of money was withdrawn from the account. Now the bank card or account is available on the phone, and the mobile device turns into a full-fledged e-wallet. Since recently, such global giants as Google and Apple are engaged in mobile payment systems. Each company has announced its systems, which in a few years have gained popularity and trust in many countries of the world.

In Russia, Apple pay and Samsung pay started in 2016. And according to Sberbank, over the first 7 months the mobile payment systems were used by more than 1 million people. During this time, 12 million transactions were carried out, half of them were in major cities. And the payment references were variable – from going to restaurants and cafes, to payments at grocery stores. Consequently, in practice such systems have shown that they can cover any sector. The technology is easy as pie, it is enough to have a modern phone and a bank card. The card data is entered into the mobile device and everything is ready. For payment, it’s enough just to bring the phone to the pos-terminal. Experts say that such a system is much safer than classic bank cards. To make a payment using a mobile phone, you do not need to enter a pin code, therefore, attackers will not be able to recognize it and use your account in case of theft

One of the questions that potential users of a new service may ask – what will happen if the phone is stolen? Thieves will have access to the map? The data about the card is stored on the phone in an encrypted form, and as the developers assure, it is almost impossible to crack them. In Apple pay, all payments are made using a fingerprint scanner and in the event that the attackers seize your phone, they will not be able to make payments using the mobile phone. The introduction of such payment systems can not only simplify the lives of ordinary people, but also safely impact the economic situation of the country. The more people use non-cash payments, the more entrepreneurs will take their economy out of the shadows, since to install the pos-terminal it is necessary to be a registered entrepreneur.

In addition to payment for purchases in stores and service points , with the mobile payments it is possible to pay for virtual Internet purchases. Given that the card is always attached to the phone, it is possible to pay on any websites with a fingerprint, this eliminates the need to always enter a pin of the card, and accordingly reduces the chance for intruders to get data.

Non-cash payments are developing in Kyrgyzstan, however not much. Now there are a lot of e-wallets. Users replenish the account balance through payment terminals and can pay for various services – utilities, make purchases in online stores, transfer money to each other. According to the National Bank by the beginning of 2018, e-wallets were used by about 700 thousand people, and over the past year e-wallets were replenished by 7 billion soms. Those e-wallets that are now in the market of Kyrgyzstan substantially differ from what Google, Apple and Samsung offer. But how feasible is it now to introduce such systems in Kyrgyzstan? We turned to Alexander Milko, the Head of Remote banking services department of Bai-Tushum bank with this question.

In our opinion, there are barriers to the development of noncash payments, the main ones are: low financial literacy of people, limited infrastructure (acquiring network), uneven distribution of devices in the capital and regions of the country, low motivation from owners of retail outlets to accept payment using pos-terminals . In current realities, it is quite difficult to overcome these barriers to commercial banks. Given that the psychology of most of the people is such that all the money is withdrawn on the day they were credited, the demand for non-cash payments from customers is small. We all know that demand creates supply. Banks strive to justify investments in the organization of trade acquiring, and thereby create an imbalance in the geography of the location of devices. Most ATMs and terminals are located in the capital and central cities, so for residents of the regions, non-cash payments remain inaccessible.

– How practicable it is that apple pay, samsung pay and similar systems are introduced in the Kyrgyz Republic? – For Bai-Tushum Bank, the development of non-cash payments and the provision of innovative digital services is one of the top priorities. In this regard, in early 2018, the Bank held negotiations with leading payment services, such as Apple Pay, Samsung Pay and Google Pay. Unfortunately the companies that provide these services are not ready to enter the Kyrgyz market, as a result of which the Bank was unable to launch this service for its customers. Orientation to developed markets and as a result, weak accessibility of services in developing markets is perhaps the main shortcoming of the above services.

These services have a high security level, because during authorization, the sensitive data that the fraudsters could steal is not used. Such as a card number, expiration date and CVC / CVV2. Instead of a card number, a unique identifier is used, which is generated when the card is registered and linked to an e-wallet. But considering that scammers are watchful, it is necessary to be always alert. We always recommend  our clients “not to store all the eggs in one basket”. It is best to have several cards: the first one is “savings”, for example, to receive salaries; the second – for daily expenses, for purchases on the Internet and e-wallets. If necessary, the money through Internet banking or Mobile Banking is transferred from one card to another to make the necessary payment. In addition, we recommend setting limits on transactions, which makes it possible not to carry out transactions above a certain amount. Alexander Milko also shared that soon Bai-Tushum will launch a project unique for the Kyrgyz market – settlements via mPOS terminals. This is a mobile POS-terminal, which has a number of advantages over a conventional POS-terminal. It connects to a smartphone or tablet computer and allows conducting noncash transaction on the map in any place where there is Internet.

“The bank believes that only through joint efforts of the banking sector and the population of the country, we will be able to increase the share of non-cash payments and bring it to the level of developed countries”, – said in conclusion, Alexander Milko.
Gleb Kurenev Kabar News agency