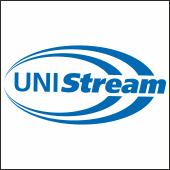 Transfers are carried out throughout of Russia, CIS countries, near and far abroad. The addressee receives money in that currency in which it is transferred: in US dollars, euro and Russian rubles.

Duration of operation time for money transfer does not exceed ten minutes. The minimum and maximum amounts of transfer are not limited.

Fees charged for the international money transfer system UNIstream are from 1 % and up to depending on direction.

About the Bank “Bai-Tushum and Partners”