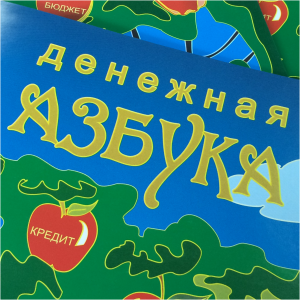 Bai-Tushum Bank is an active participant and organizer of the fifth Global Money Week, which has taken place in Kyrgyzstan from March 14 to March 22, 2016. During Global Money Week, the employees of Bai-Tushum Bank delivered trainings in lower and senior grades across the republic each day. Interactive sessions covered 40 schools and more than 3,000 children in Bishkek, Talas, Issyk-Kul, Jalal-Abad, Osh and Batken provinces.  Moreover, Bai-Tushum Bank held Savings Days under this campaign in Bank’s offices throughout the country. Each of the Bank’s visitors received advice on financial planning, making family budget, savings, as well as a pleasant present. Advice was provided to total 2,500 people. For our little visitors, from March 9 to 18 the Bank held children drawing contest titled “Savings for my dream”, the results of which will be announced on March 31.

“It is for five years that Bai-Tushum Bank has been working on people’s financial literacy enhancement through trainings and briefings for population. We extensively support all the projects and initiatives that highlight financial training aspects, especially those related to youth and children. That is why this year Bai-Tushum Bank has acted as an active participant and one of the organizers of the 5th Global Money Week. Under this campaign the Bank held more than 70 activities across the republic and covered more than 5,800 people with trainings and consultations. Moreover, we sponsored the national video contest titled “Take part. Make wise savings!”. We are certain that through this contest we managed to draw attention to the key aspect of financial literacy enhancement – that is the training of teenagers and youth on the importance of the smart management of their money”, – points out Gulnara Shamshieva, General Manager of Bai-Tushum Bank.

The national video contest “Take part. Make wise savings!”, which was held from February 16 to March 16, 2016, attracted 13 works of children from Bishkek, Osh and Osh province. These were primarily the works of senior schoolers: 9th, 10th, 11th grades, but the subject also excited the children of the 7th grades. As financial literary presents a rather new area and schoolers have little experience in making videos, this year the judging panel made a decision not to award the 1st place, but rather to encourage the aspirations of the schoolers to discuss financial literacy in their works.

The winners of the national video contest: