Yesterday Bai-Tushum Bank officially became the general sponsor of the national football team of Kyrgyzstan within the framework of the forthcoming Asian Cup 2019, which will be held in the United Arab Emirates.

The corresponding agreement was signed by our CEO Maksatbek Ishenbaev and Secretary General of the Football Federation of the Kyrgyz Republic Mederbek Sydykov. 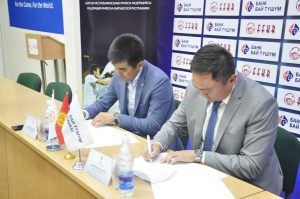 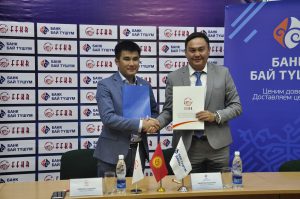